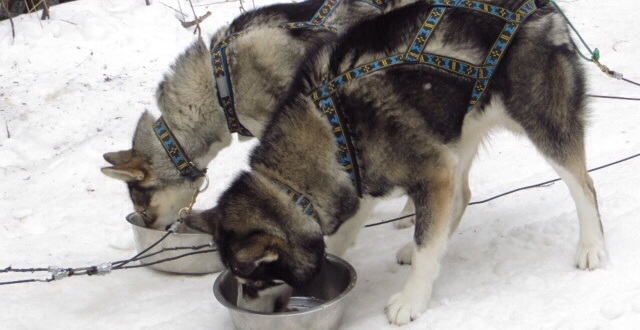 We used Snowy Owl Sled Dog Tours because they only use authentic sled dogs, which are the only dogs suitable for this kind of work. They also adopt the dogs out at the age of ten or when they are unable to run. Dogs that can’t be adopted out always have a home at Snowy Owl and appear to be well cared for, taken out on daily “old dog” runs and doted upon by a large staff that obviously loves and respects the dogs.

The dogs seemed happy and eager to serve, rolling over for belly rubs and nudging for ear scratching, even sounding up a deafening collective howl as the guides lined them up.

Still, I just can’t help but to ask myself, “Now, how would you like it if someone chained (or cabled) you to 8 or 10 other dogs and made you pull 300 lbs of lard-asses through a frozen tundra. Without socks. 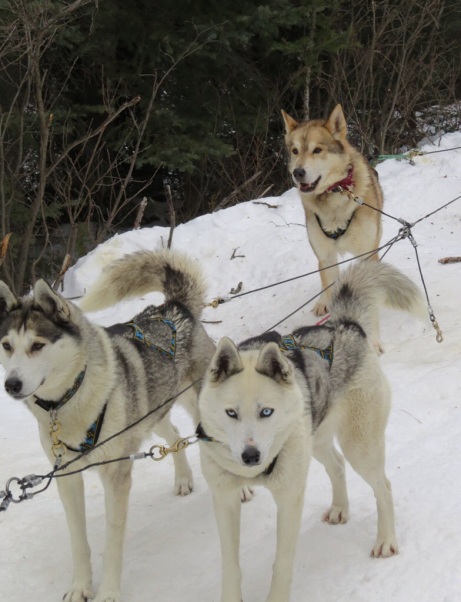 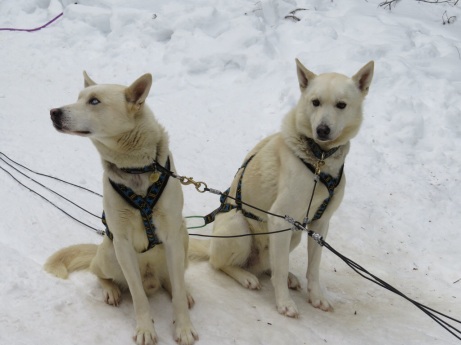 Okay, so thanks to my lack of heft, we only got 6 dogs. This is the first time I’ve ever heard of someone being charged extra for being skinny but I was happy that the dogs wouldn’t have to work so hard. Besides, I was pretty much airborne for the duration of the ride, hanging on for life and limb. I had to slow the team down by keeping a foot on the brake so they wouldn’t tumble into the sled ahead of us. I can’t imagine how I would have managed to hang on with another two dogs to slam the sled into every pothole on the frozen trail. 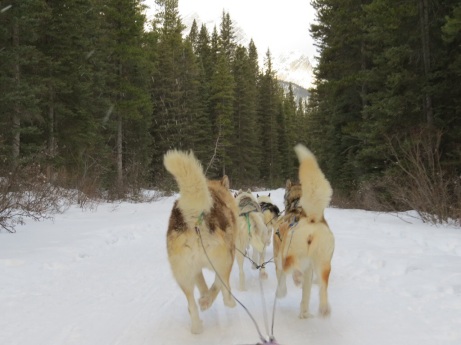 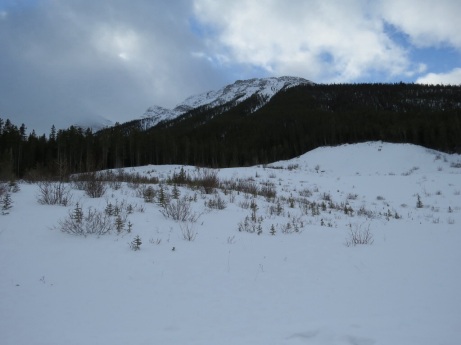 I still have mixed feelings about dog sledding, putting animals to work for human sport, but I did love experiencing the collective power of the dogs as they pulled me across the snow and ice. 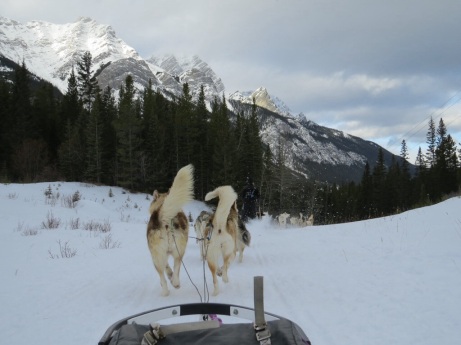 I also felt an amazing connection to them as we worked together to not slide off the trail into an arctic river or a snow-filled ravine, only to be unearthed by future generations and put into a museum with other ancient mummified remains of primitive humans. I imagine the children of those future generations will peer into the glass case in which my puny carcass is laid to rest along with the remains of six dogs. They will look imploringly into the eyes of the docent on duty and ask, “Did people back then not have spaceships?” 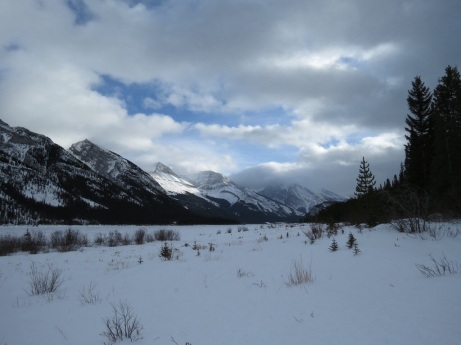 2 thoughts on “Look Out Where The Huskies Go…”