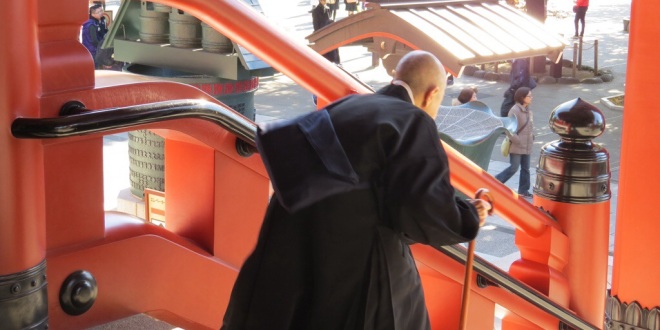 Senso-ji, dedicated to the bodhisattva of compassion, Kannon, is metropolitan Tokyo’s oldest temple. Most of the temple was destroyed during Allied bombing raids in 1945 and rebuilt after the war. 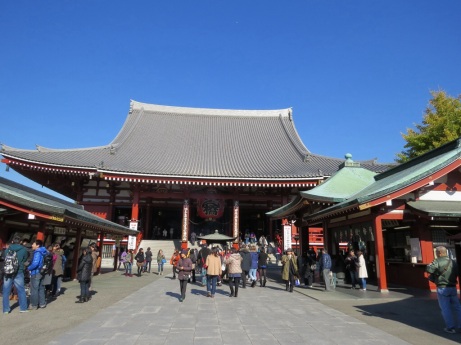 Senso-ji’s history dates back nearly 1400 years to 628 AD when, according to legend, two brothers were fishing in the nearby Sumida river and dragged in a small gold statue of Bodhisattva Kannon. It is believed that Kannon has the power to release humans from all suffering. 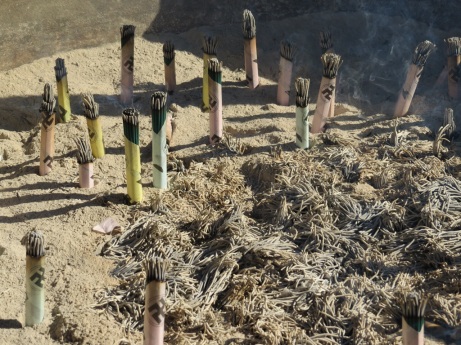 Dominating the entrance to the temple is the Kaminarimon or “Thunder Gate”. This imposing Buddhist structure features a massive paper lantern dramatically painted red with bold black kanji. 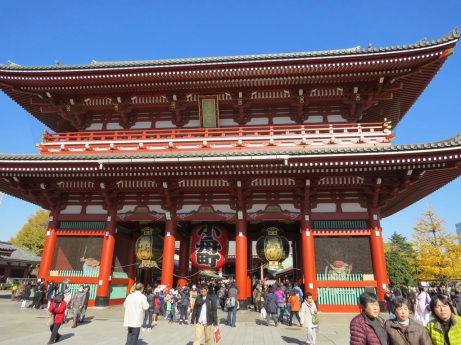 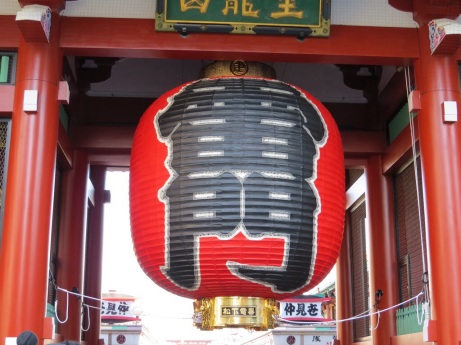 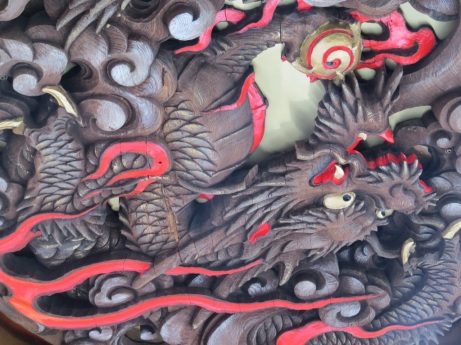 The temple is approached via Nakamise-Dori, a shopping street that has been providing temple visitors with a variety of traditional snacks and tourist souvenirs for centuries. The street, leading from the Thunder Gate to the temple itself, is lined with small shops selling souvenirs, elegant and traditional to commercial and kitsch. Even the Godzilla toys and cell-phone straps are part of a living tradition of selling to pilgrims who walked to Sensō-ji. 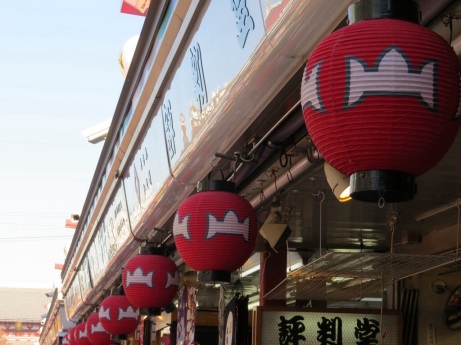 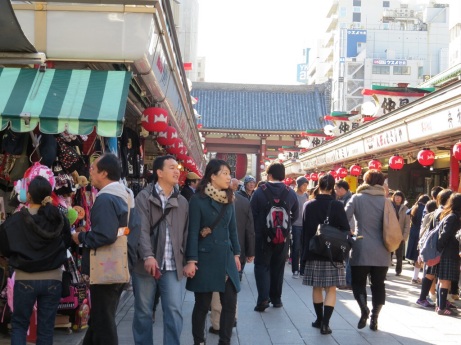 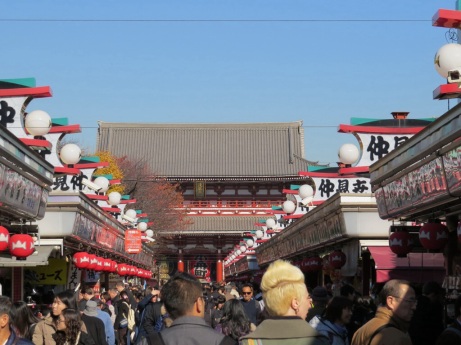 Temple hopping is hard work for modern pilgrims but shops lining Nakamise-Dori provide popular local specialities to keep up ones energy. Crispy rice senbei, toasted to order and dango, small dumplings of Mochi skewered on a stick and roasted over an open grill, are my favorite snacks. 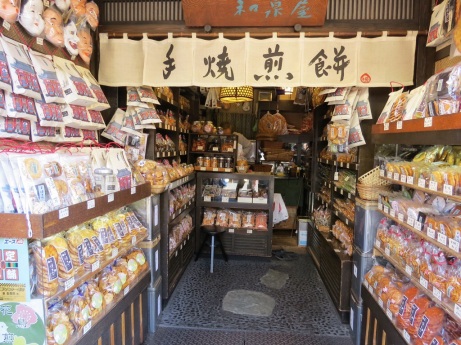 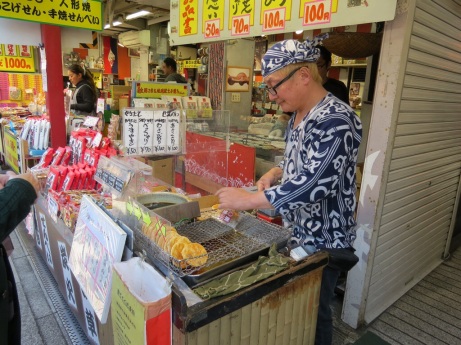 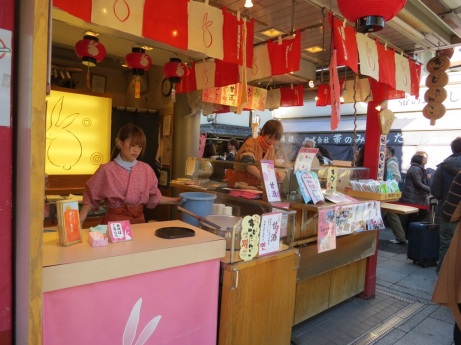 Nakamise-Dori is arguably the best place in Tokyo to buy souvenirs, mostly tacky (or let’s say…iconic). However, just one narrow street away in either direction, one can blow some serious yen on many beautifully crafted traditional items. Wandering away from Nakamise-Dori and the throngs of temple visitors, there are also many quiet spaces in which one might enjoy a moment of contemplation. 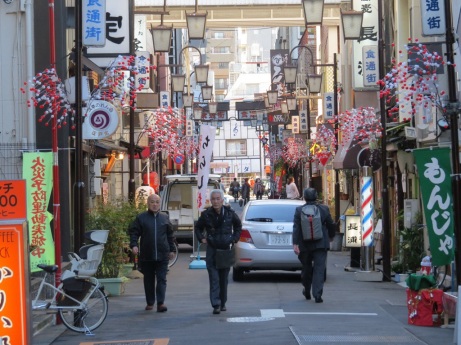 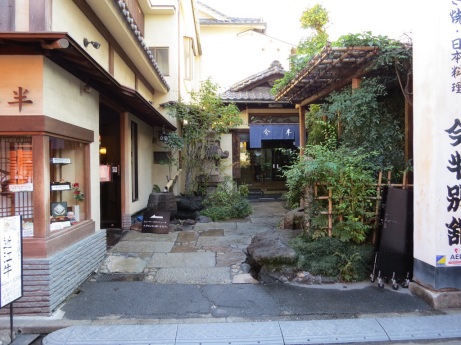 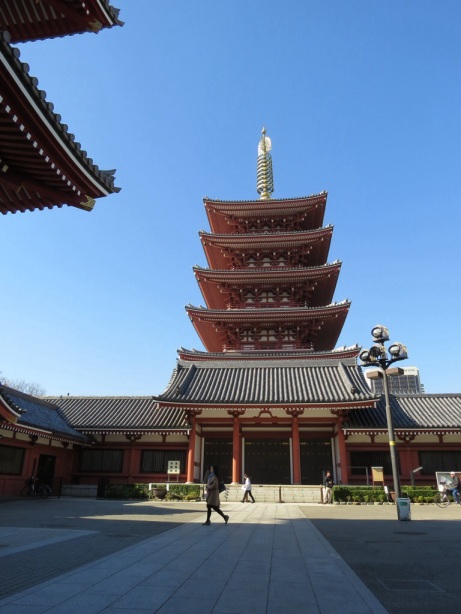 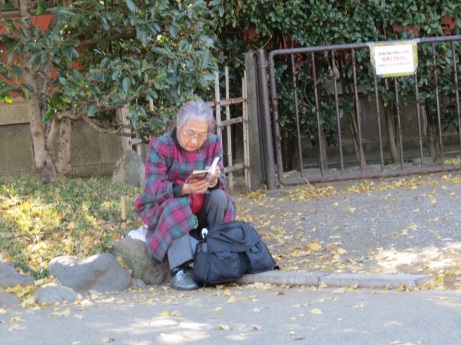 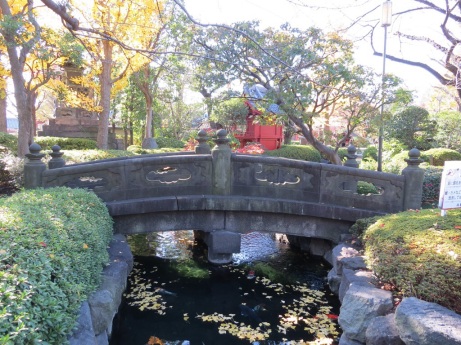 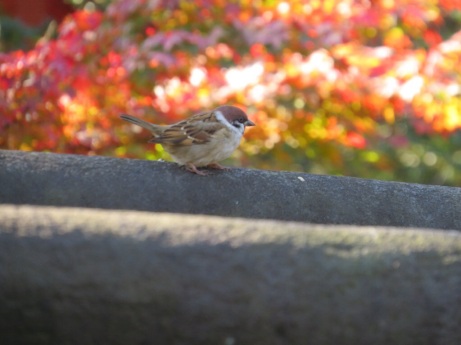 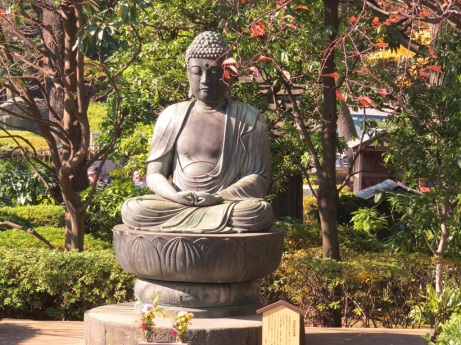 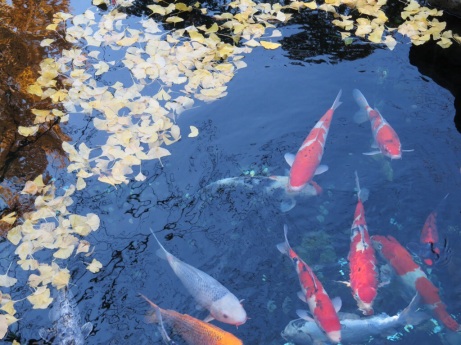 2 thoughts on “Pilgrim’s Progress, Senso-ji by way of Nakamise-Dori”