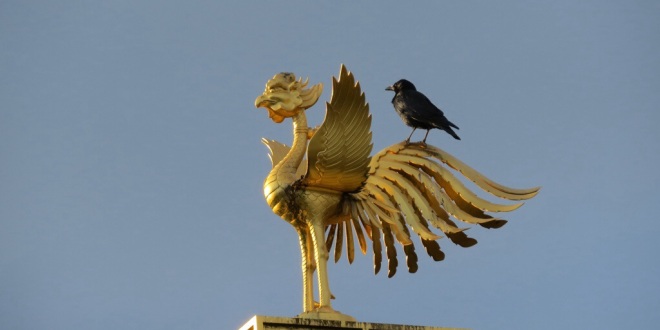 Capped by snow in winter, set against the lush green of summer, or enveloped in autumn foliage – nothing is as symbolic of Kyoto as Kinkaku-ji.

Perhaps even more so, its golden reflection shimmering across the rippled surface of the pond before it.

This temple has been destroyed by fire numerous times, in the conflagrations of war and more recently by arson. The current gold leaf-coated reconstruction was unveiled in 1955, five years after the original, built in the 14th century, was torched by one of the temple’s monks. 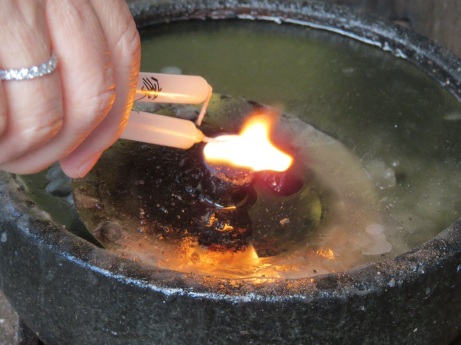 In 1950, at his trial, this crazed young monk said that his hatred of all beauty had driven him to destroy the six centuries old building. He expressed no regrets.

The incident has been made famous by Yukio Mishima’s novel, “The Temple of the Golden Pavilion.” This was Mishima’s third book to be translated for publication in the United States. His earlier works were all of critical interest, but “The Temple of the Golden Pavilion” firmly established Mishima as one of the world’s most outstanding young writers. It captures a nearly perfect trifecta of beauty, destruction, and Eros.